The Monogamy-Polyamory Spectrum: What You Need To Know 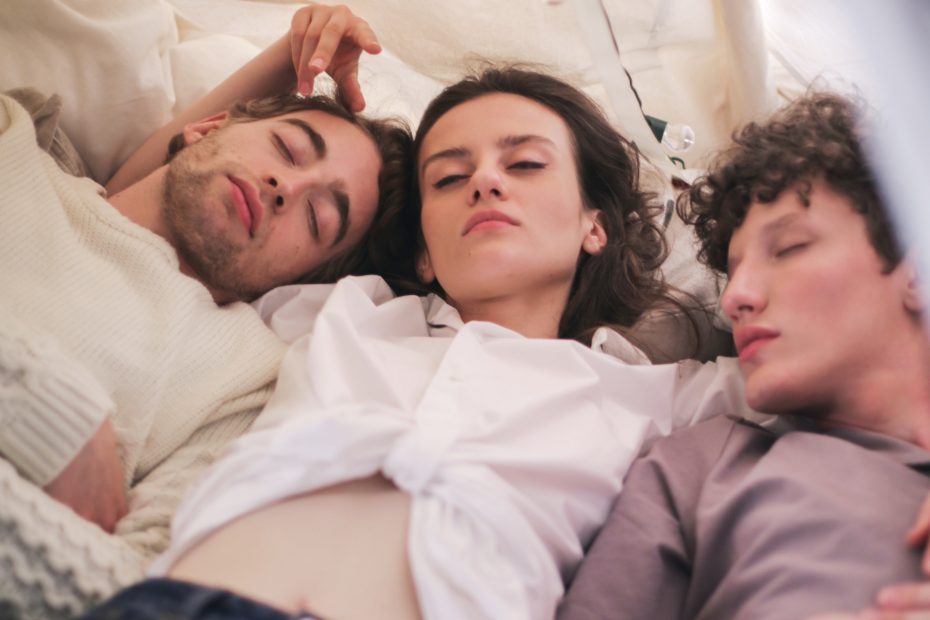 Relationships have an important role in our lives. We are social beings meant to connect. However, intimate connection isn’t always easy as we navigate what it means to build & maintain one. Alongside knowing your atachment style and using methods like The Gottman Method, are you aware of The Monogamy-Polyamory Spectrum?

More importantly, where you are on the spectrum?

This isn’t a popularized idea and I may be the first to enlighten you on what it is. In today’s article, we will understand the 7 insights on what The Monogamy-Polyamory Spectrum is.

1. What is Monogamy? What is Polyamory?

Traditionally, as Esther Perel points out, “Monogamy used to mean one person for life. Now monogamy means one person at a time.”

Polyamory is defined as “the practice of engaging in multiple romantic (and typically sexual) relationships, with the consent of all the people involved.”

Both monogamy and polyamory are two sides of the same coin. It’s how we personalize and navigate our internal emotions: on how we love and who we love.

2. Arguments In Support Of Monogamy

Monogamy has historically been in place for most of history. And while in this article I won’t go fully into the history of monogamy or the politics of marriage, it’s important to know that the traditional definition & reason for monogamy has been displaced. In a majority of countries, we no longer marry for the accumulation of land or assets, but usually for love.

Monogamy is exciting. We get to fully invest our time, effort, feelings, meanings, and shared stories with another. In effect, this builds value—symbolically or directly. We create the definition of who we are by experiencing and giving our love. Especially in relation to another: our significant other.

Monogamy allows us to feel special. Chosen. Safe. Secure. Seen. And by choosing monogamy, we fit into a tradition of finding our partner in life. Who we can invest focused and fully on.

3. Arguments In Support Of Polyamory

Polyamory is the umbrella term for dynamics that allow participants in a relationship to engage emotionally and physically with others. And can be broken into subsets of swinging; polyfidelity; primary & secondary relationship; sexually monogamous polyamory; and open marriage.

Polyamory speaks to everyone’s innate desire to be curious of others: mentally, emotionally, and sexually. It also releases the expectations that usually accompany monogamy.

Technically, cheating still happens in polyamory. But instead of assuming what your partner MIGHT be doing behind your back—you already know.

Polyamory is also called “ethical non-monogamy”. Which I don’t agree with, as it’s to suggest monogamy is unethical in itself.

If we were to apply the historic context of marriage and monogamy, and you’ve had multiple intimate & sexual partners in this life, you already are non-monogamous by definition. Societies have changed their definition of love and marriage through the centuries. Wasn’t it just less than a decade that gay marriage was legalized in our most developed nations in the world?

Even in the most loving monogamous relationships, we will always find others attractive. It’s a biological response. And humans also enjoy novelty. If this weren’t true, then pornography wouldn’t have its appeal.

While polyamory allows individuals to explore intimacy—physical and emotional—with other people, it can become a muddled experience. Arguments and conflicts are handled in an interesting way: instead of processing through the conflict, a person can go to their other partners to “get their mind” off an argument. This may or may not be effective.

Essentially, it can enter a zone where we begin playing “musical chairs” with someone’s emotions. Perhaps even avoiding responsibility we have in healing after conflict.

Many couples I have met who practice polyamory, especially those who ended their polyamory lifestyle, admitted that it always felt there was more closeness with certain partners. And when a relationship ends, it’s devastating only for one pairing, while the other continues on without them.

Also, the greatest caution against polyamory is the introduction of sexually transmitted diseases in a relationship. While polyamorous couples might be able to clearly communicate to their primary partners about their sexual exploits…it may not be so clear with their other non-primary partners.

In the event of an HIV transmission, this can become devastating and troublesome. Other diseases are known to lay dormant in the body but are still transmissible. We can’t downplay the importance of sexual health, and that includes the diseases that are very real—and deadly. It’s impossible to keep 100% track of who is having one-night stands with who, and what regular STD testing looks like in a polyamorous dynamic.

I have to ask, just because we find others attractive or desirable, does that mean we should always give into those feelings?

Lastly, while their is the belief that “monogamy isn’t found in nature” shared by polyamorous people, it actually is. Comparing ourselves to other animals is shortsighted. Because while we do have a primal part of our brain, we have also evolved to create wondrous things that no other animal species can.

No one person is “either/or”. Instead, a spectrum exists between Monogamy and Polyamory. Just like people’s gender identities. People can exhibit monogamous traits in some values and polyamorous traits in others.

Generally, we find ourselves more dominantly towards one spectrum or the other. But we aren’t static. We can shift more one way than the other in a different chapter of our lives.

This is an important fact to know and understand between people in their dating stage. Ask the question: “Where are you on the monogamy/polyamory spectrum?”

Then follow up with questions that pertain to what reflects your values, concurrent to that part of the spectrum.

What does it look like when navigating this spectrum? Maybe a person might be more polyamorous because they don’t consider chatting with webcam people “cheating”, but they absolutely would define sexual intercourse with anyone other than their partner as cheating (monogamous).

Perhaps, having the freedom to hangout alone—regardless of sex—with others is something they value (polyamorous), but being able to be emotionally intimate with one person is their boundary (monogamous).

7. Find Where You Are On The Monogamy-Polyamory Spectrum

There are no “right” or “wrong” answers here. What exists is about knowing where YOU are on the spectrum—and finding someone who exists in a similar place as you do.

Problems will inevitably arise when you disengage from your boundaries and start allowing someone to cross them out of “love”. That isn’t love. That’s having a lack of self-worth.

People change and grow in their lifetime. But their values will usually stay the same unless a crucial event takes place that greatly shifts their paradigm of beliefs.

For my readers who are monogamous, don’t open your relationship/marriage to polyamory unless that’s truly what you desire with your partner. Often people willingly say “yes”, only because they fear ending the relationship & having to do the hard work of dating again and finding someone new. And usually, for the person desiring to open their marriage, it’s done usually to favor their own needs—hoping their partner will just be there “along for the ride”.

For my readers who are polyamorous, your relationship is valid just as any else’s. If you have found a dynamic that works great for you and your partners, this is something to celebrate. Your relationships are not somehow “better” than your monogamous counterparts—it’s simply a variation of the same coin.

Bottom line, know where you are on The Monogamy-Polyamory Spectrum. Have this discussion BEFORE committing to someone. Know how you will handle conflicts. And if there is something that both worlds can agree on

It’s about how you communicate. Full transparency is required to make any relationship work. It’s in that vulnerable space that we build our integrity like a muscle. And discover what the journey of love & intimacy looks like. 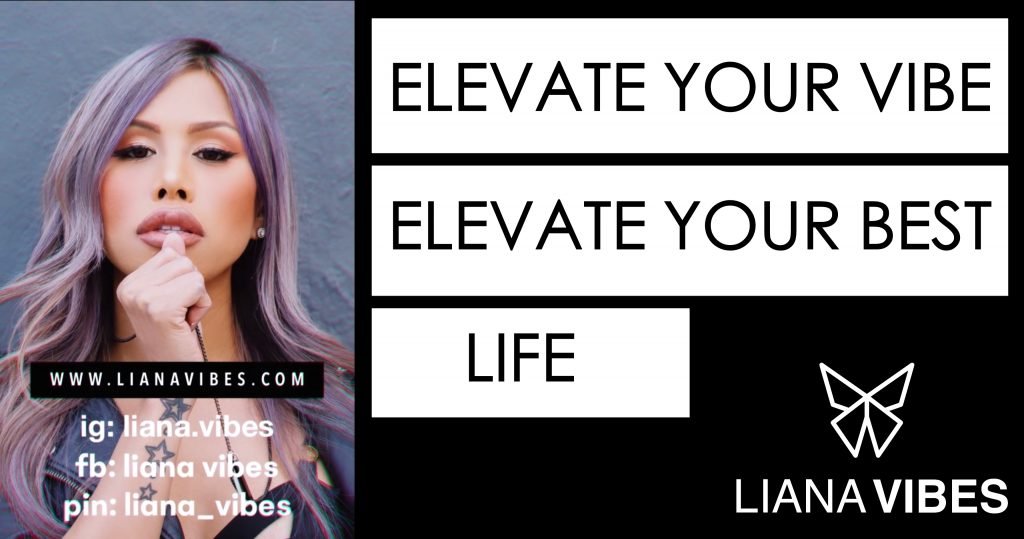 3 thoughts on “The Monogamy-Polyamory Spectrum: What You Need To Know”